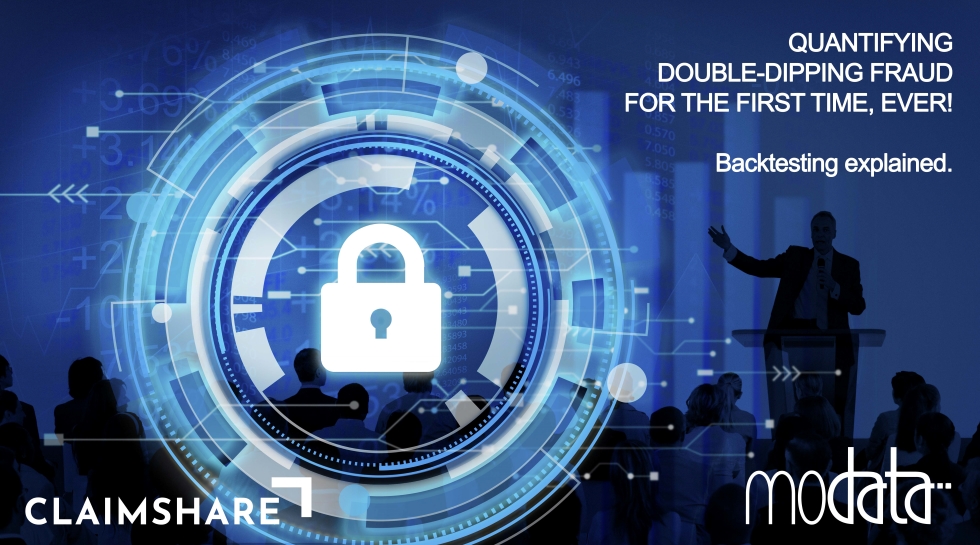 Quantifying Double-Dipping Fraud for the First Time, Ever!

If ignorance is bliss to some, it cannot be to an industry that banks on risk. Double-dipping fraud — or multiple-payouts for the same incident — has cost insurers billions of dollars, and we do not even know how much. That is about to change.

Since winning the global insurtech challenge by R3 and B3i in 2020, a dedicated team from IntellectEU has worked relentlessly to build the first-ever platform enabling the detection and prevention of double-dipping fraud — all in accordance with European General Data Protection Regulation (GDPR) laws.

We have also collaborated with numerous business and technology partners — as well as insurers and regulators globally — to ensure that our solution adheres to various business needs and legal frameworks across the world.

Although we understood that this phenomenon constituted a serious chink in the industry’s armor, we did not realize to what extent.

As it turned out, none of the insurers we spoke to was able to give us an estimate of their losses — a blind spot that spiced up the challenge and, actually, opened a door.

The opportunity that arose corresponded to what we envisioned first for our product: instead of focusing on real-time double-dipping detection from the get-go, we would start with quantifying the amount it represented over the course of the previous year per insurer.

By creating a flexible back-testing program, we would be able to easily test claims data without the need for complex integrations.

This in itself would be enough to quantify — nearly to the dime — how much double-dipping of a specific insurance type cost the insurers.

The return on investment in a single year is potentially so advantageous to insurers that the data in itself is enough. The data is the product.

Over the course of last months, we have delivered the first platform that enables the back-testing of insurance claims using Conclave and Corda enterprise, with nodes and Intel SGX’s enclave deployed on multiple cloud providers.

How does the back-testing program work?

The back-testing of claims is conducted by a group of five to ten insurers within one jurisdiction, testing data from one type of claim collected over the last twelve months.

The product is flexible and allows the verification of any type of claim if all insurers agree to the type they feed to the system.

The back-testing is scheduled to take eight to ten weeks, depending on the number of participating insurers.

It will start with workshops tackling multiple topics, including legal and compliance, business, technology, and security. We expect every insurer to be represented by one expert in each field.
The next phase is the back-testing itself.

To guarantee full privacy, it is up to the insurers to upload the claims to the ClaimShare platform — which is almost entirely deployed as a SaaS by IntellectEU.

We would also provide the insurer with specific encryption components that are to be deployed within the insurer’s environment. Our company provides all the required instructions in order to make the process as smooth as possible.

The ClaimShare platform will automatically provide each insurer with two types of reports: an insurer-specific report and an overall back-testing summary report.

· The second report contains the overall performance details of the back-testing, the overall fraud detected in the network, and other key metrics.

To summarize: it only takes insurers a minimal effort of about 10 weeks to quantify double-dipping fraud accurately for the first time! Once insurers realize just how big this problem is and how much it is costing them, ClaimShare will be ready to start tackling double-dipping in real-time!

On ClaimShare: ClaimShare is the first application that allows the detection and prevention of double-dipping fraud in the insurance industry. For more information, go to www.claimshare.intellecteu.com or send a note to claimshare@intellecteu.com

On IntellectEU: IntellectEU is a fintech specialized in digital finance and emerging technology, with a strong focus on blockchain and DLT. For more information, go to www.intellecteu.com

Read more about our Claimshare solution for insurers

Send us a message

Interaction automation and customer experience expert Brendan van Staaden has been appointed head of MoData In...

Owing to data and technological limitations, the detection of fraudulent duplicate claim pay-outs has remained...